Posted on 28 January 2022 by fromtheheartofeurope

This is the latest post in a series I started in late 2019, anticipating the twentieth anniversary of my bookblogging which will fall in 2023. Every six-ish days, I've been revisiting a month from my recent past, noting work and family developments as well as the books I read in that month. I've found it a pleasantly cathartic process, especially in recent circumstances. If you want to look back at previous entries, they are all tagged under bookblog nostalgia.

In December 2014 I had two work trips to London, one of which was combined with a visit to Albania. We finished the month by visiting my cousins who had just moved to Luxembourg. F and one of the younger cousins re-enacted a photo that had been taken some years before. 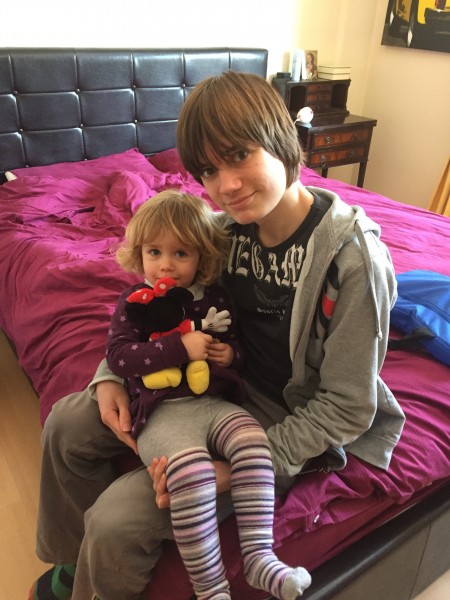 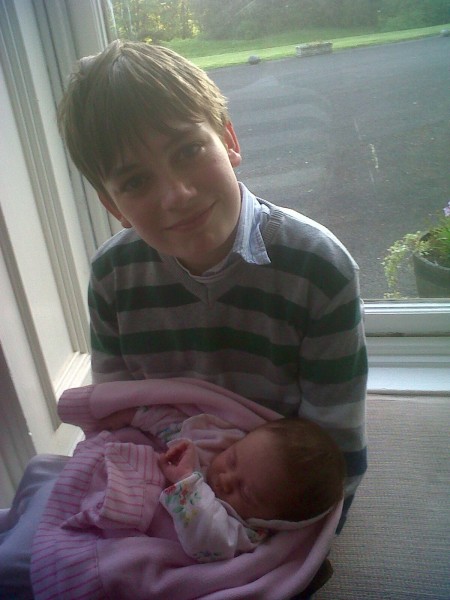 I also wrote up my thoughts on Richard III's mitochondrial DNA.

I read 21 books that month.

Non-fiction 3 (YTD 48)
Ages in Chaos: James Hutton and the Discovery of Deep Time, by Stephen Baxter
Elizabeth's Bedfellows: An Intimate History of the Queen's Court, by Anna Whitelock
101 Ways to Win an Election, by Mark Pack and Edward Maxfield

SF (non-Who) 14 (YTD 124)
Red Rising, by Pierce Brown
Ultima, by Stephen Baxter
A Man Lies Dreaming, Lavie Tidhar
The Fat Years, by Chan Koonchung
The People in the Trees, Hanya Yanagihira
The Forever Watch, Daniel Ramirez
Vicious, by V.E. Schwab (did not finish)
Lagoon, by Nnedi Okorafor
The First Fifteen Lives of Harry August, by Claire North
The Three, by Sarah Lotz
I Will Fear No Evil, by Robert A. Heinlein (did not finish)
We Are All Completely Beside Ourselves, by Karen Joy Fowler
The Burning Dark, by Adam Christopher
The Book of Strange New Things, by Michel Faber

Doctor Who 3 (YTD 59)
Fear of the Dark, by Trevor Baxendale
The Dying Days, by Lance Parkin
Infinity Race, by Simon Messingham

Most books by a single author:
Justin Richards (4), and Jeff VanderMeer (also 4, if we count the trilogy separately).

Second highest total and fourth highest percentage ever. (For convenience, this total includes a couple of Clarke submissions that I don't really think are sf.)

Top SF books of the year:
The Fat Years, by Chan Koonchung (reviewget it here) – a gret near-future novel about China
Station Eleven, by Emily St John Mandel (get it here) – will say more next year

The one you haven't heard of:
The Description of a New World, Called The Blazing-World, by Margaret Cavendish, Duchess of Newcastle (reviewget it here).

The one to avoid:
Into the Fire, by Peter Liney (get it here).

Seventh highest total and percentage of the years I have been tallying, for both sets of stats.

Enjoyed rereading:
The Making of Doctor Who, by Terrance Dicks and Malcolm Hulke (reviewget it here)

The one you haven't heard of:
The Cybermen Monster File, by Gavin Collinson and Joseph Lidster (reviewget it here)

The one to avoid:
Mission to Venus, by William Emms (reviewget it here)

Joint lowest percentage for any year that I've been keeping track, though five other years had lower absolute numbers.

Top non-fiction book of the year:
Homage to Catalonia, by George Orwell (reviewget it here)

Honourable mention to:
Other People's Countries: A Journey into Memory, by Patrick McGuinness (reviewget it here)

The one you haven't heard of:
Legacy: A story of racism and the Northern Ireland Troubles by Jayne Olorunda (reviewget it here)

The one to avoid:
Napoleon Bonaparte for Little Historians, by Bou Bounoider-Olivi  (reviewget it here)

Top non-genre fiction of the year:
The Waves, by Virginia Woolf (review with spoilersget it here) – really grabbed me with its unusual narrative structure

Honourable mentions:
The Power and the Glory, by Graham Greene (reviewget it here)

Enjoyed rereading:
The Adventures of Tom Sawyer, by Mark Twain (reviewget it here)

The one you haven't heard of:
Battle for Bittora, by Anuja Chauhan (reviewget it here)

The one to avoid:
Vernon God Little, by D.B.C. Pierre (reviewget it here)

Top comic of the year:
Dotter of Her Father's Eyes, by Mary M. Talbot and Bryan Talbot (reviewget it here) – combines autobiography with the story of James Joyce's daughter Lucretia

The one you haven't heard of:
Brussel in beeldekes: Manneken Pis en andere sjarels, ed. Marc Verhaegen (reviewThe one to avoid:

Worst book of the year: with some competition from others in the same series, the 1986 Choose-Your-Own-Adventure Doctor Who story by William Emms, Mission to Venus, is so poor that I would gently suggest to even the most dedicated Who completist than they can safely give it a miss.

My Book of the Year

Homage to Catalonia, by George Orwell (reviewget it here) – fantastic reportage, made particularly thrilling as I walked the very streets that Orwell had written about, eight decades before 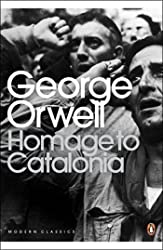 2003 (2 months): The Separation, by Christopher Priest.
2004: The Lord of the Rings, by J.R.R. Tolkien (reread).
– Best new read: Samuel Pepys: The Unequalled Self, by Claire Tomalin
2005: The Island at the Centre of the World, by Russell Shorto
2006: Lost Lives: The stories of the men, women and children who died as a result of the Northern Ireland troubles, by David McKittrick, Seamus Kelters, Brian Feeney, Chris Thornton and David McVea
2007: Fun Home, by Alison Bechdel
2008: The Diary of a Young Girl: The Definitive Edition, by Anne Frank (reread)
– Best new read: Vanity Fair: A Novel without a Hero, by William Makepeace Thackeray
2009: Hamlet, by William Shakespeare (had seen it on stage previously)
– Best new read: Persepolis 2: the Story of a Return, by Marjane Satrapi (first volume just pipped by Samuel Pepys in 2004)
2010: The Bloody Sunday Report, by Lord Savile et al.
2011: The Decline and Fall of the Roman Empire, by Edward Gibbon (started in 2009!)
2012: The Tenant of Wildfell Hall, by Anne Brontë
2013: A Room of One's Own, by Virginia Woolf
2014: See above
2015: collectively, the Arthur C. Clarke Award shortlist, in particular the winner, Station Eleven, by Emily St John Mandel. However I did not actually blog about these, being one of the judges at the time.
– Best book I actually blogged about: The Life and Death of Mary Wollstonecraft, by Claire Tomalin
2016: Alice in Sunderland, by Bryan Talbot
2017: Common People: The History of an English Family, by Alison Light
2018: Factfulness, by Hans Rosling
2019: Girl, Woman, Other, by Bernardine Evaristo
2020: From A Clear Blue Sky: Surviving the Mountbatten Bomb, by Timothy Knatchbull