Posted on 28 January 2020 by fromtheheartofeurope

December 2004 was a quieter month, celebrating little U's second birthday and then Christmas at home with just the five of us; I cooked boar as usual, and we watched the extended versions of the Lord of the Rings DVDs during the holiday. No Crisis Group publications, though I was working hard on the big Kosovo report for early 2005, and I did have the thrill of being quoted by the prosecutor in the trial of Slobodan Milošević (at end here and then again here). I don't even seem to have travelled – cancelled a planned trip to Albania at the last moment owing to pressure of work. (My non-systematic tally, before I started doing the overnights meme properly, was that I had been to twenty different countries in 2004.) My Slovenian intern K left; by peculiar coincidence, within a few months she was working for my present employers, and now works for one of our biggest corporate clients, so we are still in touch. This was also the year of the Boxing Day tsunami.

Non-fiction 2 (2004 total 42)
A More Secure World: Our Shared Responsibility Report of the Secretary-General's High-level Panel on Threats, Challenges and Change
The Uncyclopedia, by Gideon Haigh

Comics 2 (2004 total 8)
A Contract With God, by Will Eisner
Berlin: City of Stones, by Jason Lutes 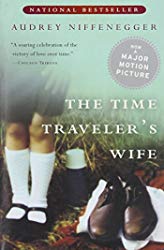 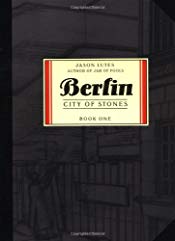 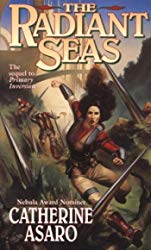 So looking at the 149 books that I read in 2004 as a whole (the first full calendar year that I systematically tracked my reading):

SF 76 (51% – higher percentage than in any recent years, though if you count Doctor Who and SF together it works out about average)
Best of 2004: Sacrifice of Fools, by Ian McDonald, The Time Traveller's Wife, by Audrey Niffenegger, Changing Planes, by Ursula Le Guin
The one you haven't heard of: Bad Timing, by Rebecca Levene
Worst of 2004: Humans, by Robert J. Sawyer

Non-fiction 42 (28% – also higher than any recent years, though not by as much)
Best of 2004: Samuel Pepys: The Unequalled Self, by Claire TomalinJ.R.R. Tolkien: author of the century, by Tom Shippey
The one you haven't heard of: Home Rule: an Irish History, 1800-2000, by Alvin Jackson
Worst of 2004: Tolkien: A Look Behind the Lord of the Rings, by Lin Carter

Comics 8 (5% – lower than any recent year)
Berlin, Maus, Persepolis are all great.

Book of the year 2004: Claire Tomalin's bio of Samuel Pepys. You can get it here.