Posted on 9 December 2017 by fromtheheartofeurope

That's 20, less than 2016 or 2015 but more than most, in 11 countries. I also transited Ireland and Spain by road, and Austria in the airport, without staying overnight, so the country total for the year is 14, one of which was new to me (South Africa). Slightly surprised that I avoided Luxembourg en route to and from Strasbourg (due to missing the more direct trains in both directions, alas).

Edited to add: Of course, after this was written, I ended up making an unexpected day trip to Milan. So my country total ends up at 15, though the overnights list remains unchanged. 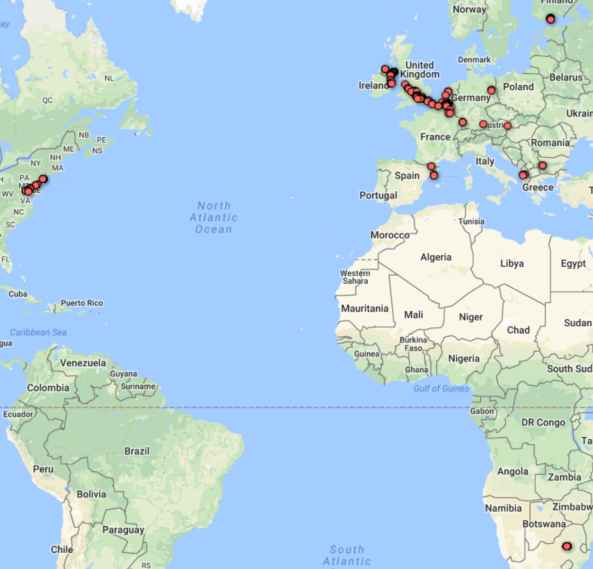 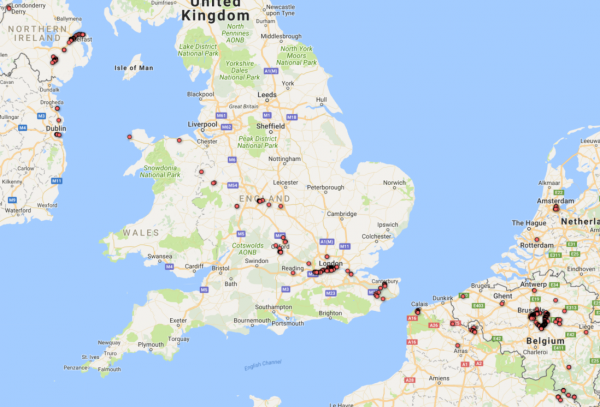 You can tell which route we take when we drive to Northern Ireland. The weird triangle with Brussels on its left angle is from my two choices of railway line in and out of the city in the morning.

My London happens mostly between St Pancras International and Westminster, with particular concentration around our Covent Garden office. Outposts include the Georgian restaurant in St John's Wood, London Film and Comic Con at Kensington Olympia, the Sci-Fi London film festival in Stratford, and the Tower. 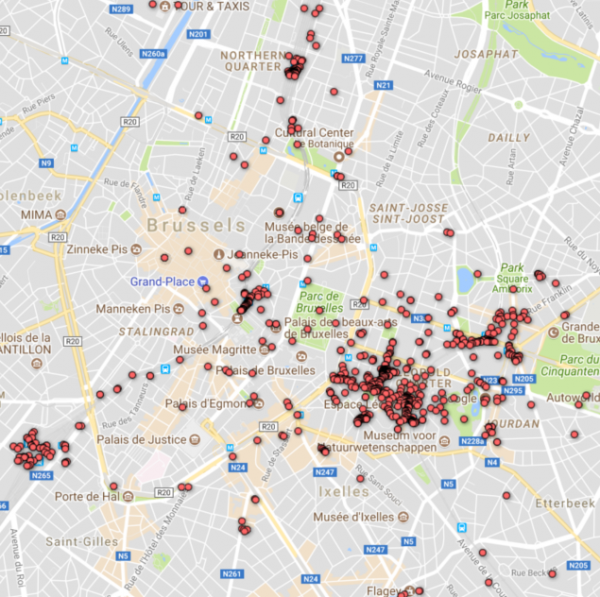 And my Brussels is a city of railway stations, and working the offices and eateries of the European Quarter. I think of myself as someone who avoids Place Luxembourg relative to most of my colleagues: clearly I have not been very successful!